Despite sharp declines caused by crises, air travel remains a growing market and an important engine of value creation. According to forecasts by statista GmbH, the global passenger traffic will double in just under 20 years – from around four billion (as of the end of 2017) to 8.2 billion in 2037. According to the umbrella organization of the airlines (Iata), China in particular will develop more rapidly than expected a few years ago and replace the USA as the world’s largest aviation market in the near future. Incoming and outgoing international flights as well as domestic flights are taken into account.

An airport is often the place where travelers get their first impression of a city, region or even an entire country. Creating an inviting and awe-inspiring atmosphere is therefore the central goal when designing an airport. The functional properties of construction materials used like cost-effectiveness and safety are just as important as airport design. From the west to the east, from the north to the south, from the US to Australia to China, from Finland to Saudi Arabia – rubber floor coverings by nora systems can be found in hundreds of airports around the world. That is because the rubber floors combine functionality – such as durability, fire safety, slip resistance and ergonomics – with a wide range of colors and designs.

One of the first airport projects and at the same time a figurehead for the rubber floorings “Made in Germany” was the flooring with the well-known norament round pastille in Frankfurt Airport in the early 1970s: Around 80,000 square meters of pastille flooring were installed there and made the rubber flooring world-famous. From the Shanghai Pudong Airport to the arrival terminal of Rotterdam The Hague Airport completed in 2016, large quantities of nora floor coverings have also been used in other Rotterdam The Hague Airport © CR-Beeldwerken airport-related projects, be it for a newly constructed or renovated building. One of the main reasons: nora floor coverings are highly flame-retardant, as defined in EN 13501 as well as fire-toxicologically safe according to the German standard DIN 53436. Furthermore, nora floors are free of PVC, phthalate plasticizers and halogens. In addition, the low-emission rubber floors, which have been awarded the “Blue Angel” and numerous other international environmental certificates, make a significant contribution to healthy indoor air in the airport building.

Their anti-slip surface of nora floor coverings (slipresistance ratings ranging from R9 to R11) provides not only more safety but also more comfort: The rubber coverings are permanently flexible and, as a result, can reduce stress on back and joints. This makes it easier for people to spend long stretches of time in airport buildings, including the passengers and personnel standing at check-in counters. At the same time, the rubber floors reduce the amount of noise generated by footsteps and wheeled suitcases, thereby helping to keep noise down to a comfortable level even when there are many passengers in an airport terminal.

To help an airport fulfil its role as a symbol of a country or region, floor coverings need to impress visitors with their attractive and high-quality appearance. Inlaid solutions are one of the ways to achieve custom designs: nora floor coverings retain their dimensions and can therefore be installed seamlessly. This makes it possible to realize a wide variety of design options. For example, inlays give the terminal in Ivalo, Finland, the northernmost airport in the European Union, an exclusive look. In Zhengzhou International Airport, passengers have been walking on almost 10,000 m2 of norament grano in a noble shade of green since 2015. In the new arrival hall at the Rotterdam Airport, dark grey norament tiles with beveled edges are installed on around 1,200 m2 of floor area and represent a style-defining element.

Thanks to their dense, closed surface, which does not have to be coated over the entire service life, nora floorcoverings are also a good choice in terms of economy and life cycle costs: they are extremely wearresistant, easy to clean and have an extremely long service life.

Rubber flooring for extremely heavy traffic areas, with a granular design rich in contrast and hammerblow surface or cubic structure. 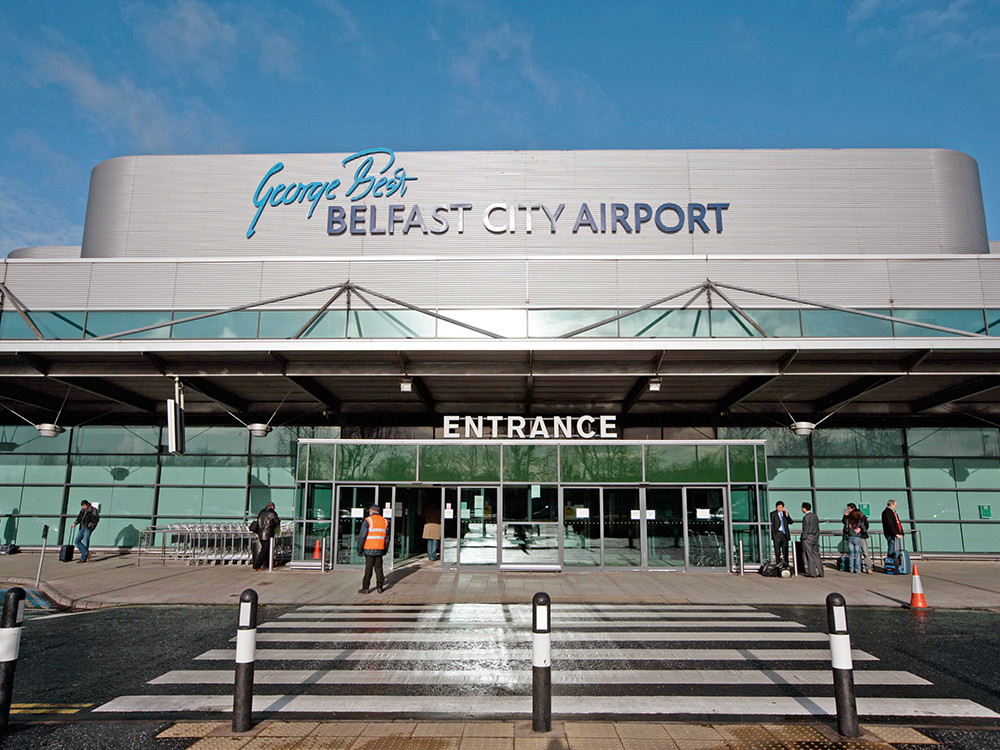 The development of George Best Belfast City Airport has generated a signifi cant improvement to passenger facilities for the award winning terminal building in Northern Ireland. 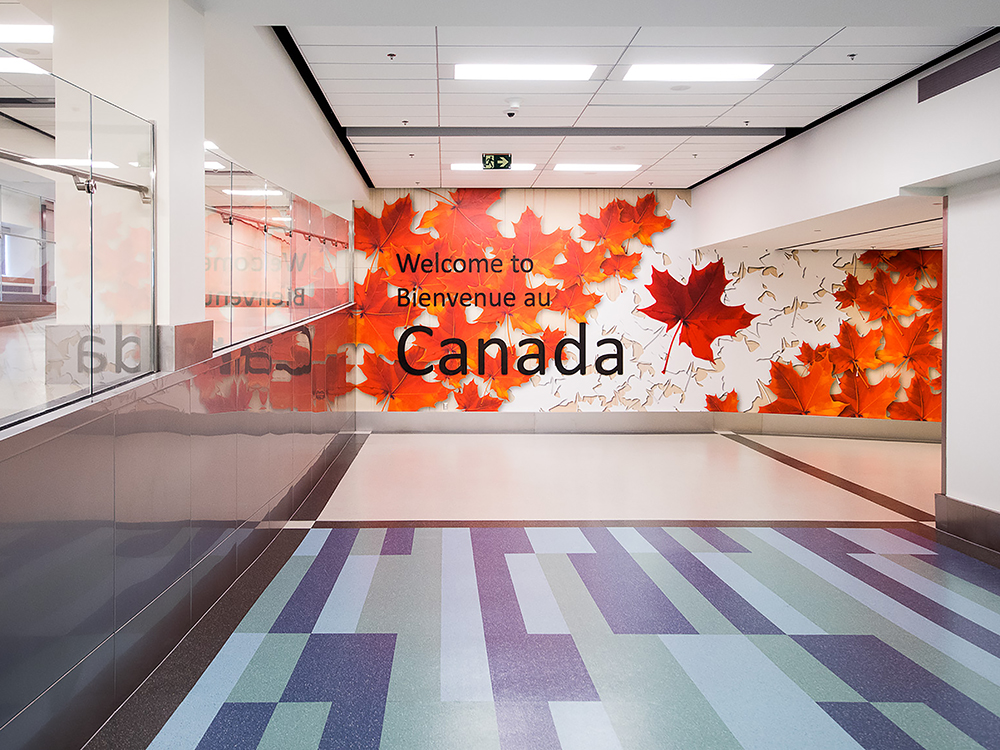 Find a floor covering that creates a sense of comfort and stands up to the wear and tear in heavily used areas as more than 15.7 million travelers and their luggage pass through the airport. 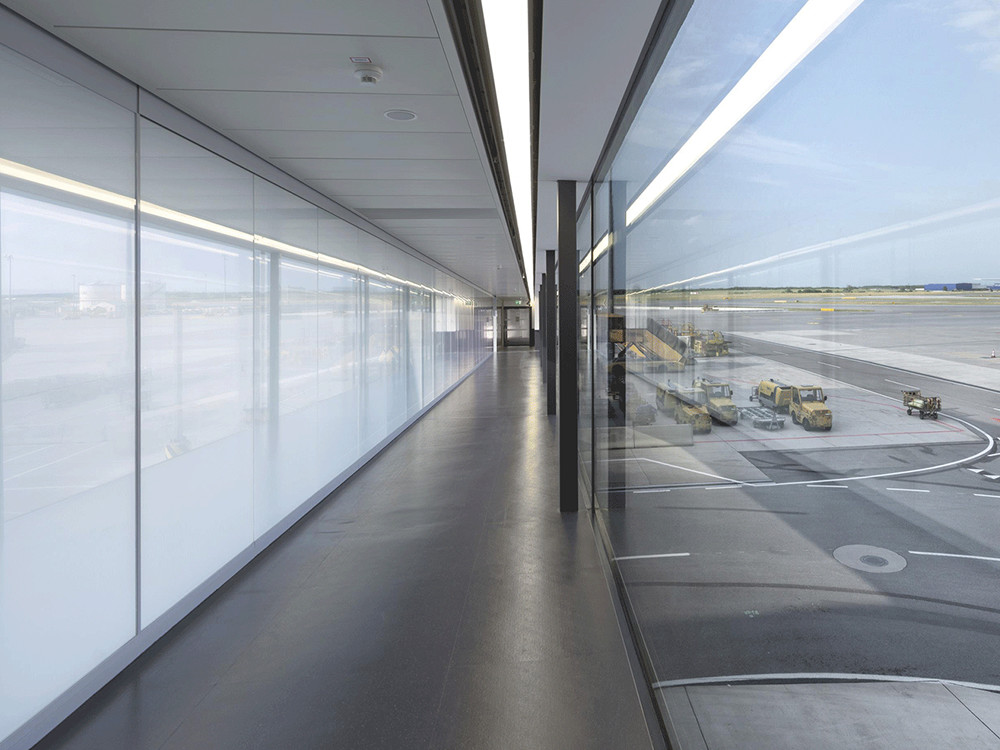 The new “Check in 3” terminal has been operating at Vienna Airport since the beginning of June, 2012: Formerly known as “Skylink”, the new building features unusual architecture and high-quality building materials.

You will find more suitable content on the following page:
www.nora.com/united-states/en/project-references/public-buildings/div/airports