Germany, 1973: Willy Brandt is Chancellor, the first episode of “The Show with the Mouse” is playing on TV screens, and the first driving-free Sunday is declared in November, in reaction to the oil crisis. This was also the year when the library at Ruhr University Bochum (RUB), which had been housed in various buildings on the campus since its founding in 1962, moved into its new home. Today, the library building is a protected historical monument representing the so-called “brutalist” style. Starting in the 1950s, this architectural style – the term is derived from “béton brut,” the French term for exposed concrete – was heavily influenced by the Swiss-French architect, architectural theorist, and city planner Le Corbusier. During this period, buildings were built all around the world that emphasized the primitive and raw character of concrete. The Bochum university library is a prime example. It was planned by the architect Bruno Lambart, from Ratingen, during the founding of the university. For the atrium and staircase, the centerpieces of the imposing functional building, the architects deliberately chose an industrial flooring that was both indestructible and, thanks to its extraordinary design, aesthetically striking: norament® 926, from nora systems. The rubber flooring was – like the then still quite young architectural style itself – a new product, and its unusual design perfectly underlined the building concept. Even today, 44 years later, nora® flooring with its characteristic nubs covers about 1,500 square meters of the library’s floor.

The RUB library is one of the largest university libraries in Germany. Combining a central university library and specialist research libraries, it offers users
approximately 4.2 million monographs, 6,000 journals, and extensive online offerings. The central university library is open late into the night seven days a week,
and receives more than 5,000 visitors every day. Over the years, more than 50 million students, professors, and visitors have walked across the classic “Made in
Germany” floors. “In addition to the design aspect, the selection of a durable, long-lasting floor that is fireproof and anti-slip was always a top priority,” says
Dr. Erdmute Lapp, Director of the University Library since 1996. Norma Schormann, head of maintenance at IGM (Infrastructural Building Management) in RUB’s
dep. 5.1, is also satisfied. “The norament® flooring has completely satisfied all expectations for decades, because it combines high functionality with an attractive
appearance that fits the architectural concept – I think the nubs have a cult appeal.” Because nora® floor coverings consist entirely of rubber, their color
permeates the entire substance. Thanks to their highly leakproof, sealed surface, they are not only extraordinarily robust and durable, but also never need
to be coated. This makes maintenance particularly costeffective – the economic benefits and advantageous life cycle costs of the rubber floors are an important
factor, and not only for public buildings.

As a homogeneous, authentic material, rubber offers many advantages in libraries – both in terms of high design flexibility, thanks to the variety of colors and
patterns, as well as in terms of acoustics. Because of their permanent elasticity, rubber floors reduce walking noise, so that a pleasant soundscape is maintained even in large libraries. Another great advantage: nora® floor coverings contain no chloro-organic compounds and
thus meet the highest fire-protection requirements. For the Bochum university library, a place of encounter and culture, nora’s safe, attractive, and classic flooring is
therefore an ideal choice. 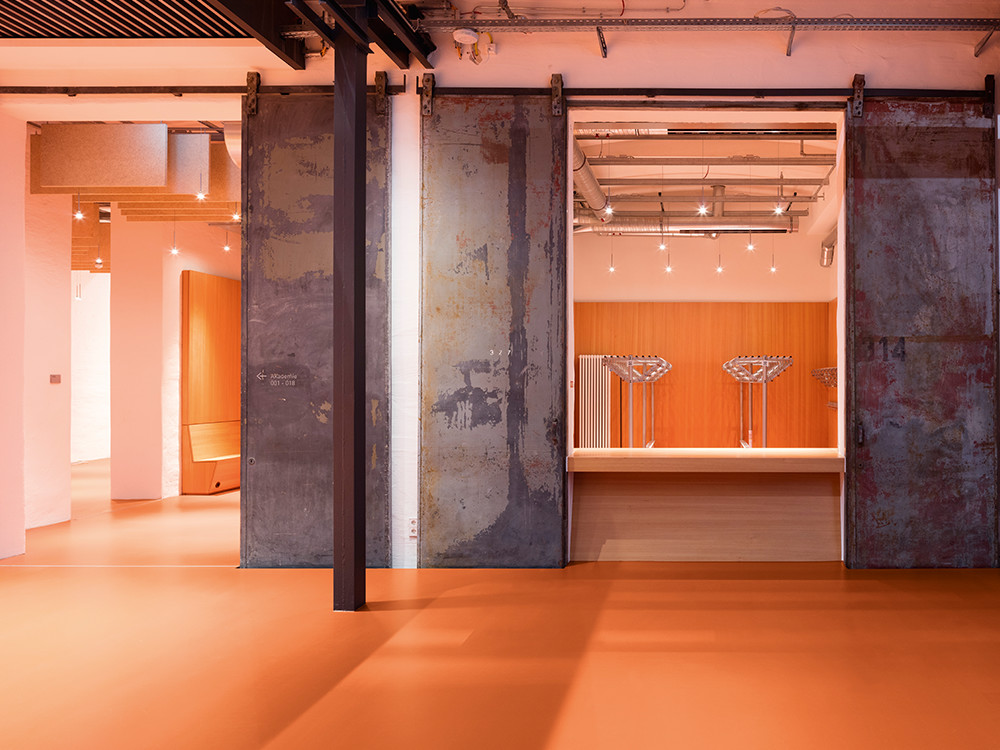