McMaster University, in Hamilton, Ontario, is situated on a 300-acre campus that holds more than 50 buildings. After testing nora® in a heavily trafficked stairwell that was previously covered in VCT, the university began using nora in as many areas as possible around campus.

...read more
“We love the versatility of the product – you can put it into a research facility, a wet lab where chemicals are present, a library, a cafeteria, an elevator or in an office,” says Craig MacDonald, director, maintenance and facility services. “It’s environmentally friendly, easy to care for, sustainable and it provides good slip resistance.”

McMaster University, home to approximately 25,000 undergraduate and graduate students, initially tested nora in one of the school’s busiest buildings. “There is a stairwell right by the road that receives most of the foot traffic into the building. The landings were previously VCT and didn’t stand up. The floor was hard to maintain; stripping and waxing was required. It was not effective,” says Craig MacDonald, director, maintenance and facility services. “We replaced it with full nora stairtreads and tiles on the landings. Thousands of students walk up and down those staircases every day – and they still look fantastic.”

MacDonald further explains, “Libraries have changed over the years – they are no longer places with stacks of books and large quantities of carpet for quiet. They’re active learning centers and filled nonstop with students on computers, working in groups on projects and talking. Acoustics was part of our decision to use nora – but it was mostly care. Carpets were largely the standard, and they’re dusty. During the winter, they get matted with salt and slush. You just can’t maintain them.” He continues, “Our custodial staff likes the nora flooring, because they only need to use water and a scrubber to keep it clean. It’s environmentally friendly, easy to care for, sustainable and it provides good slip resistance.”

Speaking to the versatility of nora, MacDonald adds, “We’ve also used nora in our elevators, because they are such multi-use spaces. You can have one that sees constant foot traffic, and at the same time, if a skid needs to go up a floor, it’s going on the same elevator. Ceramics or porcelain break under palette trucks, so we’ve been switching our elevators over to nora for the past five years and have been happy with that. Again, you don’t need to strip and wax the floors. As long as you clean them with water, they look good.” 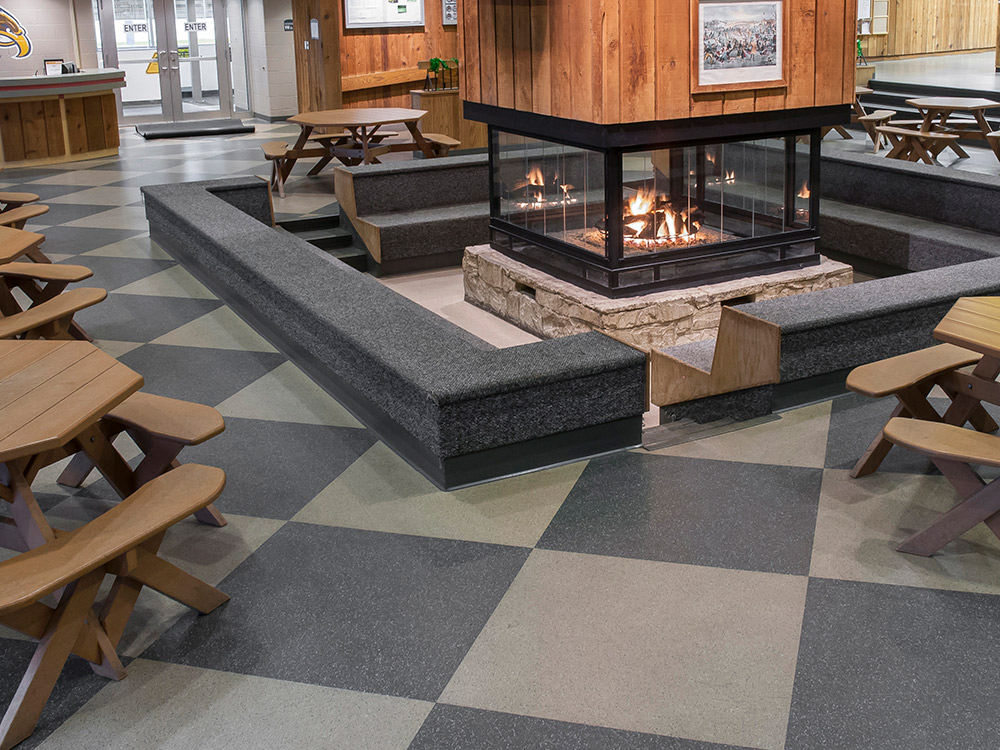 Provide Kent State University recreational facilities with flooring that can withstand the heavy foot traffic of students and wear and tear of fitness equipment, while offering an efficient maintenance regimen. 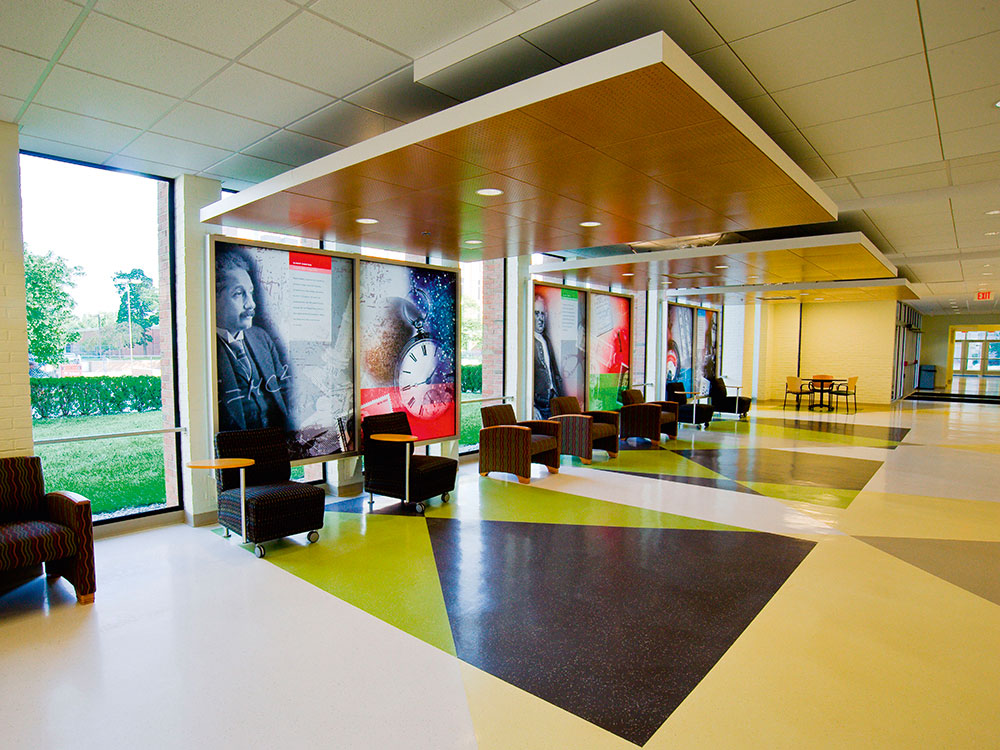 Develop a flooring solution for Oelman Hall that stands up to excessive foot traffic and can be efficiently maintained, while anchoring the design in the lobby, corridors and lecture hall of the building. 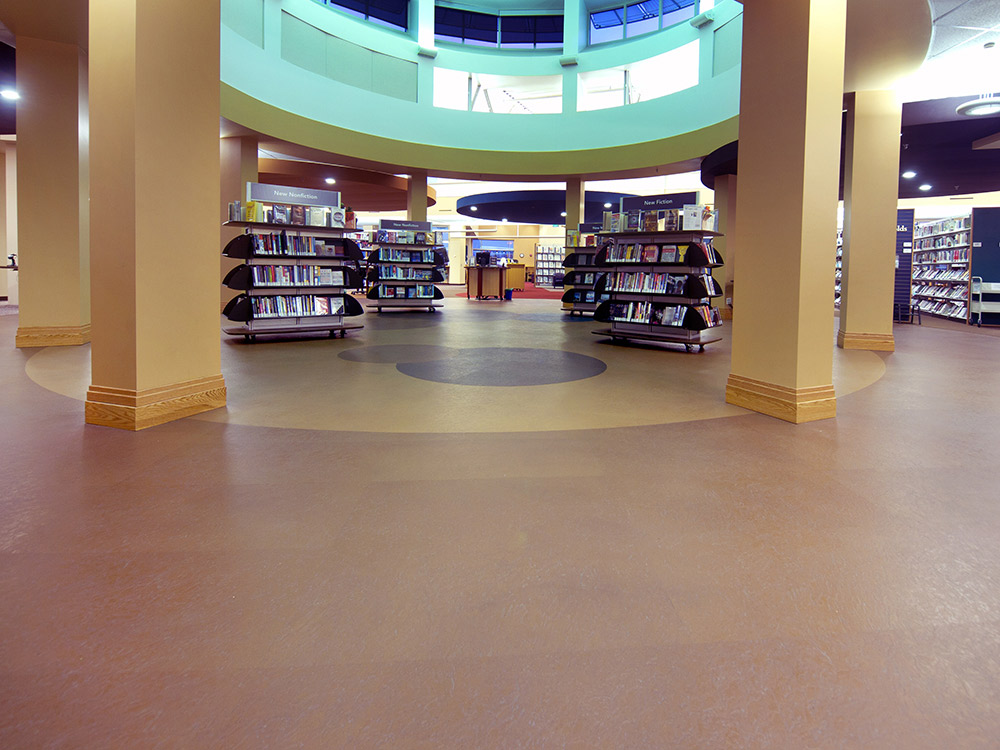 Install durable flooring that can efficiently and quietly serve the more than half million annual visitors to Harmony Library – a joint-use facility on the Front Range Community College Campus.