Spectacular inlays in the Escher Museum in The Hague

By order of the museum, Karelse and his partner, John Den Besten, set out to design the room from scratch. Apart from the workshops of the museum’s educational unit, the room was also to be used for official events. “The task consisted in designing an area for children. Our solution was simple: Create a room which you would like, too. Don’t underestimate the children. Design it in a way Escher himself would have been delighted in”, explains Karelse. With their solution, the designers follow Escher’s work: “For the floor, we choose an equal hexagon consisting of three rhombuses. In Italy and Spain there are many variations of these tiles. The absolute benefit was that we thus could create a hypnotic depth effect. Escher would be proud of us. The same hexagon was used for the design of the chairs and the covers of the heating, but distorted beyond recognition.”

The floor consists of 2,505 rubber tiles of the noraplan® uni range in three grey shades. They are pre-cut to size by nora systems on an ultrasound cutting machine such that the floor-layer Mark van Steenhoven Projects, Ridderkerk, did not have to joint-seal the tiles. Apart from the technical feasibility, the planners were convinced by the product itself. Karelse reports again: “We have chosen noraplan uni because it is robust but strangely enough has a delicate and soft touch at the same time. One could assume that a room designed according to mathematical principles would have a cool and calculated effect. But this is refuted by the feel. The room has now a soft and friendly look.” 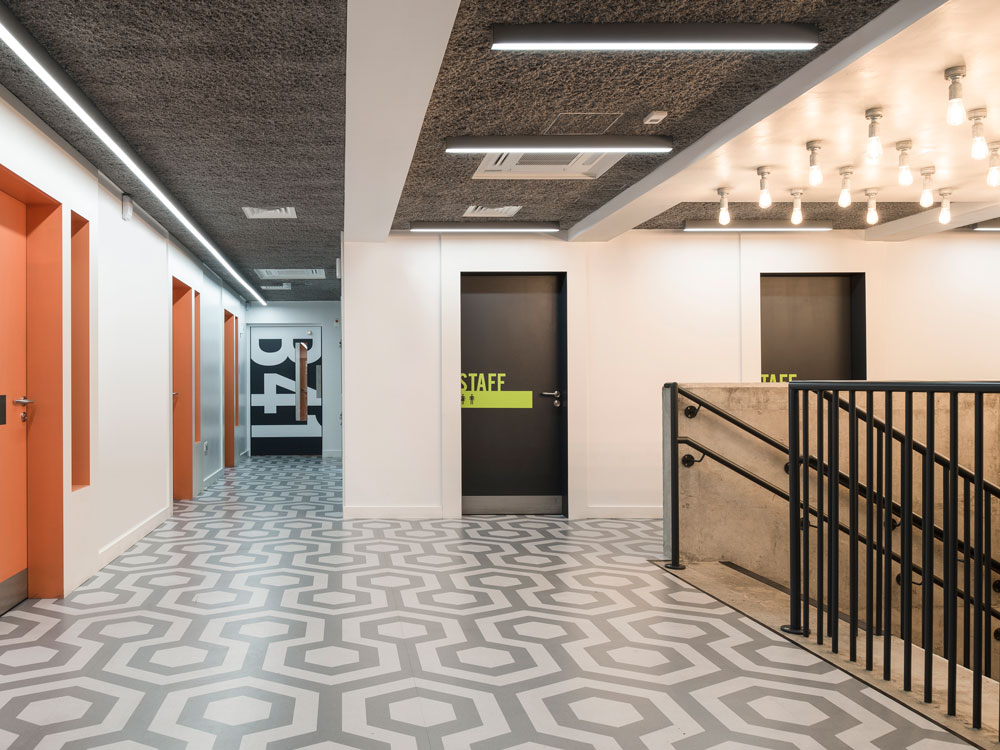 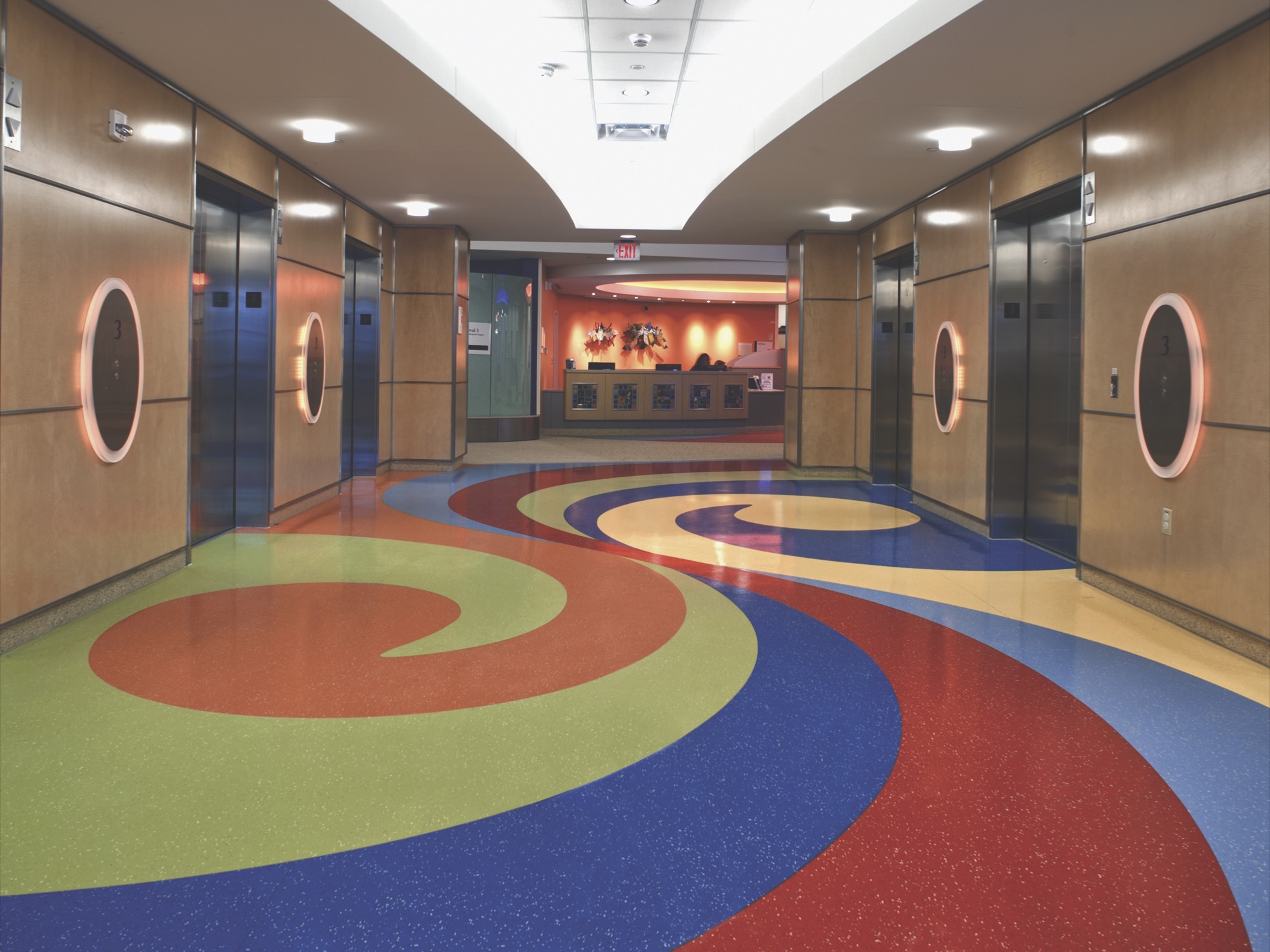 Find a no-wax flooring solution that is colorful and welcoming to patients and families that also offers the durability required in the hospital’s public spaces. 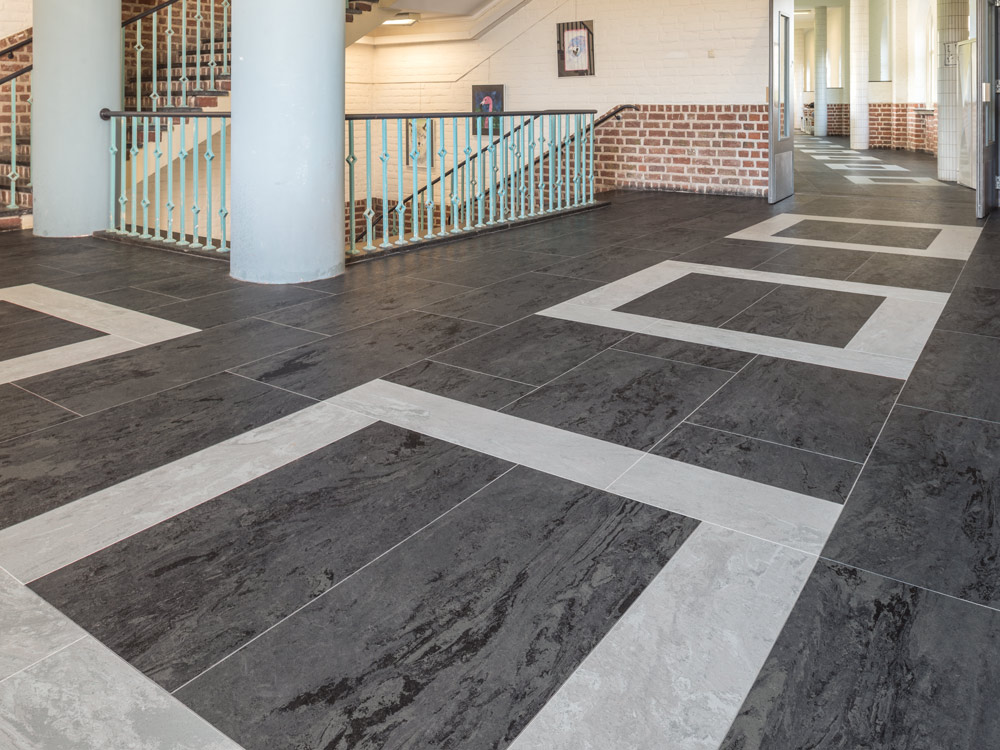 Pupils run through the magnificent halls. The floor is decorated with elegant, dark slate flags. But are those really slate flags? The answer is no. They are a rubber floor covering made by nora systems called norament arago.

You will find more suitable content on the following page:
www.nora.com/united-states/en/project-references/public-buildings/nl/escher-museum