The Regional Council of Brittany pursues environmental policies that are geared towards sustainable development. For the design of the new Lycée Maritime in Saint-Malo, which was baptized Florence Arthaud as a tribute to the navigator who disappeared in 2015, the Regional Council selected the Rennes-based architectural firm Liard & Tanguy because it proposed an “exemplary project” that surpassed the Council’s ecological requirements. The new secondary school, which had its first school year in 2015, was designed to be a positive-energy building with various systems that are able to produce or conserve energy, for example photovoltaic panels.

However, ecodesign does more than just limit energy consumption. The architect also considered other environmental aspects, including indoor air quality. Patrice Liard, a partner in the architectural firm, explained that for “his projects he selects finishing products with minimum VOC and formaldehyde emissions.” For the flooring for the maritime school, he turned to rubber. The final decision was for 5,000 m² of noraplan® sentica and norament® grano to be installed on the premises because these products met all the requirements. Moreover, they have several eco-labels, including the Blauer Engel (Blue Angel), which guarantees low emissions and the absence of plasticizers (e.g. phthalates).

Patrice Liard also emphasized the easy maintenance of nora® flooring, which “can be carried out with just water, which is more economical but also more ecological.” In fact, the rubber surface of the flooring, which does not have any coating allows for it to be cleaned with nora pads that only require water, eliminating the need for chemical detergents.

Another advantage of rubber flooring lies in its permanent elasticity, which makes it possible to install them double-cut and without welding joints in so-called E2 areas according to the French UPEC norm. Thus, the joints remain almost invisible. Its advantage is not just that it is aesthetic, but that it is also hygienic. In order to meet the norm for barrier-free access in public buildings, a tactile guidance system for the visually impaired and the blind was installed on the floor in front of each staircase.

Degano installed the flooring. Thanks to their solid experience in this field, they were able to lay the floor in such a perfect manner that it contributes to the excellence of the school building. In any case, as with all major projects, such as the maritime school, nora systems offers its technical assistance at the start of construction. 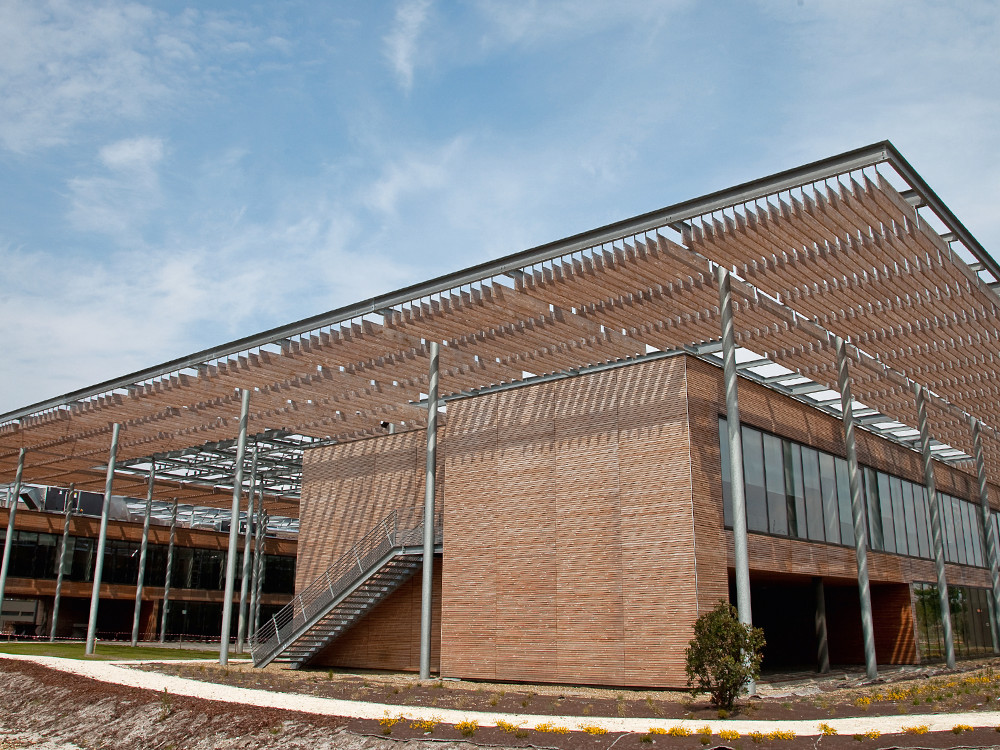 The French provincial town of Biscarrosse has experienced an unusual growth in population over recent decades. Since 1960, the number of inhabitants has quadrupled.